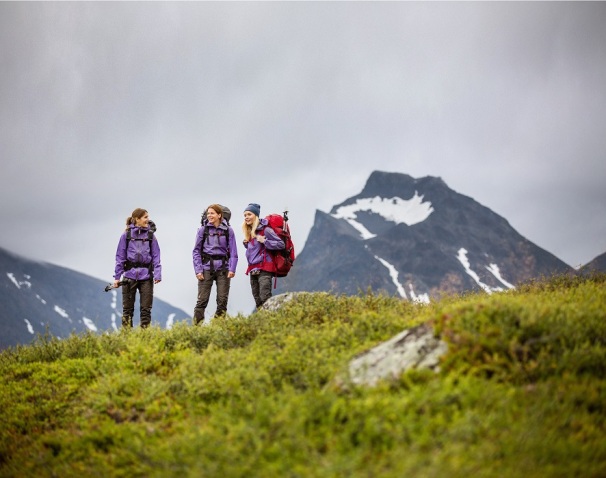 The original concept of Fjällräven Classic was launched in 2005 with the aim of encouraging more people to trek in the Swedish mountains. Over the years, it has evolved to an event that caters to over 2000 people every year, from all over the world, trekking the 110km stretch of the Kungsleden long distance trail from Nikkaluokta to Abisko with everything on their back. The event has grown rapidly; so has the concept of Fjällräven Classic.

After a few years, the event expanded from Sweden to Denmark, then to the USA in 2016. In 2017, Fjällräven Classic took place in four different locations around the world, when Sweden, Denmark and the USA were joined by Hong Kong. For 2020, Fjällräven had an ambition to expand the Fjällräven Classic to more countries and continents with events planned for Germany, UK, China and South Korea; tickets were sold out quickly.

It was with sadness that the events in Germany, Denmark, UK, US, China and Sweden had to be cancelled. Instead, Fjällräven has created an immersive, digital series of online trekking events to bring at least a semblance of the Fjällräven Classic experience to people wherever they are.

Starting with Classic Germany, the first episode will last for three days and cover 57km of winding trails through fields and forests, along ridges and lakes, over hills and grasslands of the beautiful Allgäu region in Germany. Viewers will be able to join in for a few hours, or for the entire three-day trek, experiencing the trail from a POV perspective.

The second event is planned for 1-4 July 2020, starting at 12:00 CET, and will take trekking fans all over the world to Denmark, following a 75km trek over grassy hills, through dark forests and along the shoreline.