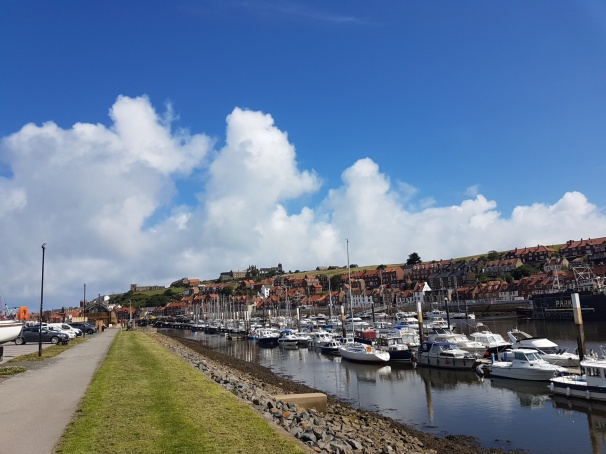 ‘Slow but sure’ summed up the business approach. ‘Confident but cautious’ summed up customers. That was our experience of a week-long self-catering holiday in North Yorkshire in early July as lockdown rules relaxed further. It was wonderful!

Feeling stir crazy after months of being at home, exploring Covid-19 safety procedures turned out to be a joy. ‘Good to go’ were the providers’ watchwords and ‘Happy to go’ was how we felt.

Driving into Whitby centre on arrival was a shock. It looked like hundreds of people were milling around in the sunshine. After so long seeing only handfuls of people, it rattled us. Happily, when we walked into the town, we realised there were dozens of people not 100s. And they were weaving around each other, aiming to maintain social distance. Not many wore a face covering. We did and nobody stared at us.

Dropping into Harry’s for crab sandwiches, outside tables were well-spaced – none open inside – and we placed our order at the counter. A few minutes later, a waitress wearing a visor served our drinks. There was a very relaxed atmosphere in the bright sunshine and it felt almost normal. Eventually, crab consumed and contactless payment made, we moved on.

Passing the Tourist Information Centre, a spontaneous thought saw us enquiring about a list of food outlets that would deliver to holiday cottages in the area. There was one but they couldn’t find it. Leaving an email address, we hoped it would turn up. Our first foray back into the big wide world had left us feeling that we needed to recoup and regroup before braving an evening meal out. In hindsight, it was crazy but these are crazy times.

The list turned up but it was poorly-organised resource that embraced North Yorkshire – a lost opportunity for local Whitby business. Instead, it was back to supermarket shopping and a grand salad supper ‘at home’. After seeing the layout of several during the day, there was no desire to pop out for drink or two in a pub.

A trip to Filey Bird Garden & Animal Park would not normally be an item on our agenda but we were curious to see how a family-oriented attraction would manage. From entry (with our contact taken details for ‘Test and Trace’) to exit, via the café, the one-way system and an entertaining couple of hours, it was a modest success. Well-managed and clearly laid out, the normal hygiene regime lent itself well to the ‘new normal’.

Family-oriented animal parks are well-suited to the new hygiene expectations.

With days out on the Moors and along the coast under our belt, an exploration of the nearby Cinder Track ended with a lazy afternoon relaxing in the sunshine and girding our loins for a meal out. What was once a matter of fact experience took on the character of an adventure. It was an odd feeling to be planning a meal out and a reflection of how much our behaviour had been affected by recent events and habits.

We settled on Trenchers– ‘Officially the UK’s Best Fish & Chip Restaurant 2019’ – as fish and chips really had to be on the menu in seaside Whitby. The hygiene measures were excellent, ‘Test and Trace’ covered, tables well-spaced and the staff brilliant – as was the food. What the place lacked in atmosphere, through limited customer numbers, it made up for with the delight of being out and the warmth of the staff. 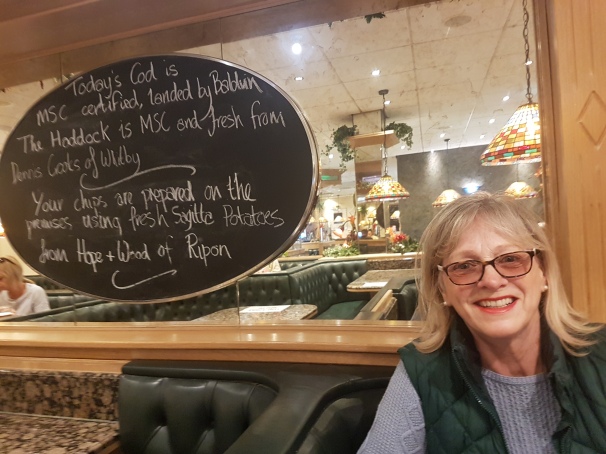 Not eating at home – what joy!

Leaving Whitby early in the morning (a new deep cleaning regime meant a change to cottage arrival and departure times), we dropped into the Victoria Farm Garden Centre. Whilst the signage and floor markings looked sloppy, they were clear and the entrance to the large café included a hand-sanitising station and a large table at which to fill in a ‘Test and Trace’ form. Clear instructions and advice from the staff made it a comfortable experience – as did the bacon sandwiches.

We’ve booked four more UK breaks through to the end of September – camping, glamping, pub and self-catering cottage; the furthest is a two-hour drive to the Lake District. Plans for a trip abroad are on hold as the impact of sudden travel advice amendments and restrictions has become clear.

A girl travelling around the world on a motorcycle.

In Flow with Otto